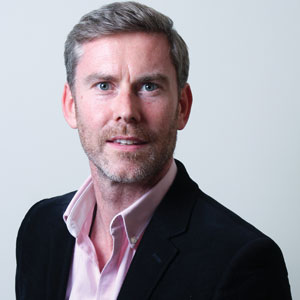 Bitcoin is now approaching its tenth birthday and while the impact of blockchain technology remains relatively abstract for some, it has unleashed profound levels of innovation within both public and private blockchain communities.

Bitcoin was the first peer-to-peer (P2P) movement of value with no central counterparty. It is censorship-resistant and provides cryptographically-secured digital scarcity.

The next catalyst to the public blockchain ecosystem was Ethereum which was the first public blockchain platform with smart contract functionality facilitating the conditional movement of value on a P2P basis. It also catalyzed the vision of Web 3.0 and decentralized applications.

The ability to tokenize ownership of assets and efficiently raise capital through token issuance represents an extraordinarily powerful use case for public blockchains and has significant implications for capital formation, primary capital raisings, and secondary market trading of assets of all types.

However, there have been challenges with this new means of capital formation as it crosses over into highly regulated areas of global financial markets and the underlying protocols create challenges to traditional institutional frameworks of asset classification, valuation, legality, and custody.

Therefore, the next catalyst to the digital asset narrative will be security tokens whereby the benefits of tokenization will be brought to a whole new range of assets with regulatory compliance built into the token itself.

Security tokens will link a direct financial interest with assets. As such, they can have cash flows which will facilitate traditional asset valuation such as discounted cash flow analysis with which institutional investors are extremely familiar.

Security tokens will be financial securities which will be fully compliant with appropriate regulations. Indeed, regulatory protocols can be built into the security tokens such that they can become a self-regulating security.

These tokens will have investor rights including equity, dividend, and voting rights which will be written into smart contracts.

Security Token Offerings (STOs) will build on the ICO phenomenon but in a manner which addresses the concerns of both financial institutional and regulatory constituencies and which will generate benefits above and beyond traditional capital markets.

For instance, tokenized markets trade 24/7 and can settle on a real-time basis which optimizes capital and liquidity. As they mature, token markets offer the prospect of attracting a liquidity premium relative to traditional securities markets.

Secondly, asset provenance of security tokens will provide a regulatory compliant registry and audit trail which will benefit both financial regulators and regulated financial institutions themselves.

Thirdly, the undisciplined ICO mania of 2017 is unlikely to reoccur as security tokens bring the rigor of advisors, diligence and disclosure, governance, and accountability into token issuance which will drive higher standards and build market confidence.

Finally, an enormous benefit of tokenization is the fractionalization of asset ownership for traditionally illiquid assets such that new markets and investable assets can emerge.

It is worth taking a step back and looking at the taxonomy of digital assets which is unfolding.

Many Board members and occupiers of the C-suite lack a reliable framework for understanding the sub-asset classes within digital assets and the true breadth and depth of their potential.

• Firstly, there are cryptocurrencies such as Bitcoin and they are effectively money-as-a-service.

• Then there are stable coins which are essentially cryptocurrencies which offer a stable means of value transfer and thus lend themselves to transactional usage rather than just speculative stores of value as many cryptocurrencies have become. There exist different approaches to structuring stable coins and it remains an ongoing area of focus and research for the community.

• Utility tokens are those tokens which represent access to a company’s product or service. The structuring of utility tokens has been a topic of hot debate within the blockchain ecosystem in order to avoid their classification as investments and thus exemption from securities regulation.

• Then there are asset-backed tokens which is an umbrella term for broadly three different types of tokens: those which are structured as securities; those which are backed by natural resources (such as gold or oil for example), and those which represent other stores of value such as fine wine, art, vintage cars and so on.

Thus there is much more to digital assets than Bitcoin or even Ethereum.

Rather it is tokenization which will be the driving force behind the next generation of capital markets and investable assets.

Tokenization portends a future whereby if anything can be tokenized and traded then it will be – the number of assets which will be traded and the quantum of capital raised in the years ahead is going to be nothing short of astounding.

This will have a liberating impact on capital and liquidity because many assets around today are illiquid and so the capital tied up in these assets is locked–think of private and commercial real estate, small and enterprises, raw materials, inventory.

Indeed, there are huge parts of emerging markets where governance has compounded this problem and thus limited access to capital and the creation of collateral – all that will change through tokenization and blockchains.

Right now the race is on to build a regulatory compliant token platform whereby any asset, enterprise, or project can tokenize itself and then quickly and efficiently raise capital from a global pool of investors.

An entirely new global financial system is being built based upon data sovereignty, counterparty risk-mitigation, tokenization, and smart contract automation.

It is the biggest change to capital markets in history. 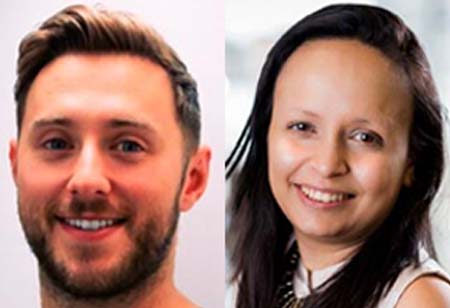 The Best Of Both Worlds: Capital Markets Technology In The Securitisation Market

Alexander Mendoza, IT Director for Data, Analytics and Planning Systems for Chobani