A Prediction for Blockchain Transformation in Higher Education
×

The potential and predictions of blockchain Technology are incredibly fun to watch due to its analogous of the Internet during the 1990s. In fact, in 1995, the inventor of the Ethernet protocol, Robert Metcalf stated “I predict the Internet will soon go spectacularly supernova and in 1996 catastrophically collapse.” As we all now realize, his prediction turned out quite the opposite.

"We can easily classify the Internet as a neutral technology platform, as very few people understand who oversees the Internet; and no company owns it."

The types of predictions by Metcalf and others hindered the initial impact and value of the Internet for education and learning for many years. During these early years, I was a training manager at Cray Research and was just finishing up a Cray Research Supercomputer simulator that would change the way Cray Engineers were trained. It was an amazing breakthrough, yet we were wondering what the Internet would mean to reach engineers around the world. 25 years later the Internet has transformed most industries; while making a new way for many educational start-ups. Had we taken an early risk on the Internet and not listened to these type of predictions, we may have changed both corporate training and distance learning much quicker. At that time Cray Research was strategically engaged with many large universities known for their pioneering national distance learning programs. As strategic as we all thought we were, no one took the big leap to the Internet. Rather, educators were busy worrying if cell phones should be allowed in the classroom. Had we all been brave and taken the risk, the public university may have become the ‘Uber’ of education, versus the many start-ups.

The lesson learned from the Internet is very applicable to blockchain due to the ‘neutral nature’ of both the Internet and blockchain. If you observe technology trends, you will find there is a direct correlation to the longevity and transforming power of a technology based on how neutral it is perceived. A prime example is the first web browser called Mosaic had a short shelf-life; while the Internet thrives 25 years later. Over 52 percent of all internet-based products owned by companies have fizzled out, while the Internet itself has flourished. In the same manner the product called Blackberry has lost some sizzle, while the concept of the ‘smart phone’ has never been stronger.

We can easily classify the Internet as a neutral technology platform, as very few people understand who oversees the Internet; and no company owns it. In the same manner, if I ask the question ‘who owns the book publishing technology that tracks the ISBN naming convention that leverages the Machine-Readable- Cataloging (MARC) Code– many people would not know the neutral entity who oversees it. However, the ISBN platform and its underlying ‘trusted’ capability of checking in and out library books from around the world is one of the most phenomenal technologies over the past 40-years. The system is overseen by the U.S. Library of Congress and operates flawlessly with 700 fields of data behind each book’s bibliographic data. This ‘trusted’ system allows only one book, periodical, or journal to be stored in the same exact location — while tracking every book located within the digital globally interconnected library system. Never let the stereotype of a librarian fool you, these folks are organized and smart.

The 25 year success of the Internet and 40 year success of the U.S. Library of Congress’ MARC Code system have been instrumental in increasing the amount of education, knowledge, and intelligence that has been packaged and disseminated around the world. However, as stated, many company products have fallen by the way-side. Human nature is prone to become biased towards product names and companies who own a technology product. However, very few people can become biased against the U.S. Library of Congress or the IEEE and nine other governing agencies who have overseen governance of the Internet.

This primitive and simple concept on neutrality is exactly why blockchain technology is already transforming many industries without people understanding it. In fact there are 50 excellent use cases across industries delivering incredible value with blockchain. These use cases benefit any organization who shares the ‘value’ of their product, money, or information within their partner ecosystems to improve their overall value. The aging concept of supply chain is now being morphed into a more supplicated and secure ‘chain of value’ operating within blockchaintechnology.

Ironically, blockchain entered the scene in a very neutral way, while Bitcoin created all the noise, simply because it used an aspect of blockchain. Bitcoin, cyber coins, and/or token concepts will come and go, just as the various forms of web browsers did. However, just as the Internet lives on, so will blockchain. In fact, blockchain may very well become the best of the Internet and IoT merged with the trust factor of the ISBN/MARC code concept. As history unveils itself blockchain will stand the test of time and become a form of a future generation of the Internet (i.e. Internet 4.0) without the need for cyber security.

With a positive prediction on blockchain for future coupled with lessons learned from the Internet, blockchain will become the single largest influencer on education. I have only gone on record of predicting two shifts in technology over a 5-10 year period of time, and both have come to pass now. This is my third prediction, with the greatest potential for transformation.

My prediction is simply that the United States will lead in Education versus being ranked number 16, if blockchain is adopted. This is an easy prediction as, the U.S. Education is ranked low due to the processes that lead students up to, thru, and around education. To the credit of faculty, the academic content is exceptional. It is the clumsy, laborious, and pain staking processes that make if ranked so low. Blockchain will eventually solve the broken processes by finally putting them in a secure ‘value chain’. Imagine a day when no one is decrying ‘FERPA’ or nonsensical acronyms that prevent people from progressing into, thru, and at times around education to receive their personal value known as competencies and credentials, in order to get the best paying job they deserve.

Some may suggest that I have stepped out a little too far with this prediction. However the true innovator and inventor would say that I am taking no risk at all. They would say this once they found out that the first blockchain University created by Oxford University proves and validates Mike’s prediction. Woolf University will fully digitize all the broken processes that I referenced. They have documented their case studies to describe how this will happen. The end result will be analogous to a digital Best Buy vending machine at the airport. The piece to the puzzle that I did know 20 years ago is that 6th graders do not wake up one morning and naturally say “Mommy and daddy, when I grow up I want to be a College Registrar, Financial Aid Director, Bursar, etc.” That is not too awful, until you realize that very few, if any colleges offer certificates or degrees for any college/university process based jobs. Based on this little known fact, I made the prediction 15-years ago — until these process jobs become streamlined, the U.S. Education will be semi-broken and never win. What I did not know until last year was a neutral technology called blockchain would show up in the history of the world; and at the same time Amazon would start designing blockchain templates to reduce all the processes to allow educational decisions to become as easy as ordering and receiving Amazon products. 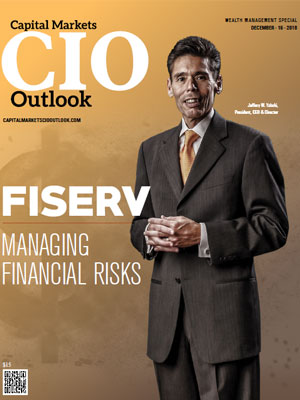 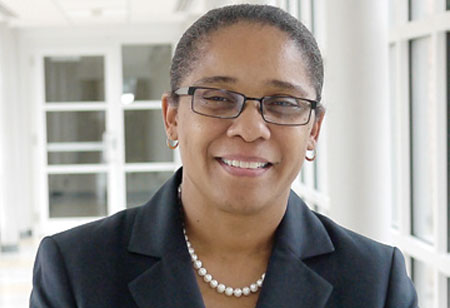 The Alternative Investment Space is Realizing the Efficiencies of Going Digital 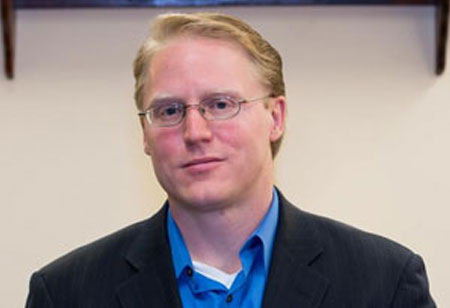 Security is Only As Good As Your Weakest Link

5 Must Dos for a Successful Enterprise Asset Management Solution